There Was a Time…

On the day of the takeover of the Capitol, I stopped to chat with my neighbor, who filled me in on what was happening. He asked me to say a prayer for our country, which I later did. It went a little something like this, “May we all find the peace that we seek and share that peace with the world.” Today, while reflecting on the recent events at the Capitol and the drama that continues to ensue, the impulse to write arose and here is the result:

When asked to summarize his teachings in one word, Ramana Maharshi said, “Attention.” That struck home in a deeper way the most recent time I heard it. I thought he would have said, “Silence,” because that what his preferred method of teaching. But his answer makes perfect sense. His teachings on Self-inquiry are all about directing attention from the world of thoughts and objects to the source of attention. Attention has been described as focused Awareness and is the “tool” (if we can call…

I had a nice conversation with a friend of mine who reached out for some support regarding feelings of anxiety that had become a recurring theme. It's a common feeling we've all felt at one time or another and possibly a feeling that is being triggered more frequently by all of the things going on in the world. My friend seemed to benefit from the words I shared so I thought it might be helpful to put them out there for public consumption. Though this conversation dealt specifically with… 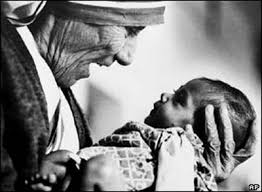