AWARENESS Of SUFFERING by Roger Hawkins

"Be foolishly in love, because love is all there is." ~ Rumi

"Be foolishly in love, because love is all there is."

The Divine is all around us, in us, and has always been Here, Now. It is not an energy or a mechanism. It is the Source of energy and mechanisms. We are in a new paradigm where there is no longer a master high above on a stage with the "students" sitting below wondering how many lifetimes until they become perfectly enlightened.

The new paradigm is friend-to-friend. The divine joke is that the unsatisfied ego condition wants to be "enlightened" because ego assumes it will then be… Continue

Instead Of Blaming The Darkness You Bring In The Light

“There is only one perpetrator of evil on the planet: human unconsciousness. That realization is true forgiveness. With forgiveness, your victim identity dissolves, and your true power emerges ~ the power of Presence. Instead of blaming the darkness, you bring in the light.”

Love Waits For You Everywhere --- by Scott Morrison


To be sure, we all have a great deal to learn from each other. However, the process of subtle arrogance and self deception in the spiritual
arena is perhaps the most damaging of all illusions. I am a Buddhist,
or a Yogi, or a Pagan, or a student of the Fourth Way or the Kaballah
or some other mystical or ecclectic school, and I imagine…

We are talking about a deeper gratitude. There are more superficial forms of gratitude, and that is not what we are talking about. By that I mean, to be grateful that someone else is worse off than you are… sometimes that is a source of gratitude. People say “Oh I really should be grateful, because look at this person – they are worse off than I am, so I should be grateful.” That’s not the true gratitude, that’s the gratitude that is arrived at through thinking, where you compare yourself to… Continue

What we are looking for is What is looking (St Francis)

We do live in a body. God living in all these bodies simultaneously.
What an adventure. God Inside, who doesn't want to be known that way,
yet God nonetheless. So we have these imperfect human life stories
whilst all the time the Perfection Within is peering out of our eyes.
Wow. Maybe the imperfection of the human and the it's life story is a
constant reminder to look back within and Be who we really are.

It's as simple as being here in the now. Period. Not flashy, necessarily, yet oh so sweet and satisfying. So satisfying nothing else is wanted, or needed. We often want "higher states" to be this simple Presence. Sorry, there is no such thing as permanent higher states where lotus blossoms bloom where you have walked, the angels bow, and milk & honey is always available for your bowl of cherries. Just Be Still. Be in the moment, as it is,wanting nothing different from what is here… Continue

Pay It Forward With A Smile and A Kindness

Pay it Forward ~ A Reminder 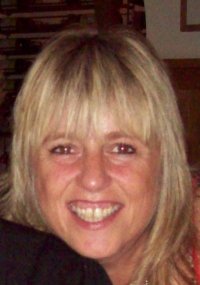 Today, please have a think about you can do today that can help somebody else....

Even if it is just a simple smile, it can make such a difference to somebody who is feeling sad, or somebody who has forgotten how to smile.

Quotes about JD Hazelworth's "That Which Always Is"

You cannot think your way into awareness. You are awareness. It just gets pointed out.
~ John Wheeler

So long as the play, the dream, seems real for the seeker, then the bottom line is that with some pointing to what is actually REAL, AND some pointing out what is NOT REAL, the suffering can end.
~Charlie Hayes

If I asked you, ‘What is wrong with right now, without thinking about it?’, what would you say? You have to pause for a moment and realise that if there… Continue

I used to believe that people actually became enlightened, and that the event was similar to someone winning the jackpot in a national lottery. Once the price had been won, the beneficiary would thereafter be guaranteed permanent bliss, infallibility and incorruptible goodness.
In my ignorance, I thought these people had obtained and owned something that made them special and totally different from me. This illusory idea reinforced in me the belief that enlightenment was virtually… Continue