Early Enlightenment: The Strangest Path of All

Hello, everybody!  I invite you to come and read a pair of new posts on my website, Awakening Clarity.  Early Enlightenment: The Strangest Path of All, Parts I and II, compose what is essentially a case history of some of my work with a young man caught in the confusion which often accompanies the post-awakening phase.

I've gotten a lot of positive email from this post, and I hope you'll get something out of it as…

"Be foolishly in love, because love is all there is." ~ Rumi

"Be foolishly in love, because love is all there is."

“Who we are is the moment arising in…

Well, Adorabella (as I like to call her) is 14 months old now, and walking all over the place.  She also wants complete free roam of the house, which means following her everywhere.  She’s a pure joy, but it is quite challenging to get things done as a work at home Dad in an environment with a baby who doesn’t believe in naps.  It’s all a big learning game that I’m sure will never end, and we are very fortunate to have such a…
Continue

Adya and Gangaji tapes and videos

It seems a very difficult thing,

this just noticing the mind

with our fearful, dark,

It may very well be,

that if you patiently wait and see,

what you will really encounter,

is no more than your covered over,

LIVING WE TRY - DYING WE MUST

“Ashes to ashes and dust to dust.

Living we try – dying we must”.

Digging the soil with trowel in hand

Humbles and beckons me,

As only death can.

I am honored to perform this basic task.

I do not need distractive thoughts,

It is a simple and pure action to undertake.

I am grateful – saddened and awed by this friend’s passing.

His gentle kindness has filled my…

Article of Interest on Self-Inquiry

I have just had an article published in the most recent edition of PARADOXICA: The Journal of Nondual Psychology, based out of the University of Lethbridge in Alberta, Canada. You are welcome to pass the link on to anyone whom you feel may benefit from this writing.

I very much hope the paper will be of great service to Seekers of Truth.…

Sounds like a great thing going on down there in Asheville. Be nice to have something like that close to me in Plymouth, Mass. Guess I'll have to visit sometime!

As I sit here, our daughter Izabella, who is now 9 months old, is crawling around the living 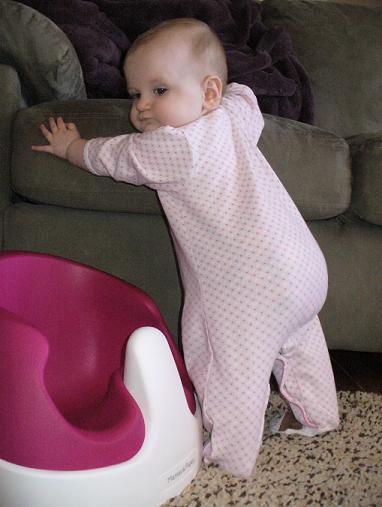 room looking for ways to pull her self up to standing.  Iza, as Shelby likes to call her, is such a wonderful gift.  Not only do we get to revel in her discovering everything for the first time, but we get to see her smile and laugh.  Seeing her laugh is pure joy, and I’d like to quit…

I haven't had time to write you with an update in a while now, but suffice it to say that Izabella is keeping us on our toes.  She's almost 9 months now, and crawling around like crazy.  She's trying to stand up on her own and will probably be taking her first steps within a week or so.  She's a beautiful, precious, little bundle of…
Continue

From Chapter 2 of The Selfward Facing Way ("Multiple Concepts, A Singular Wholeness"):

Something quite wonderful is occurring at this stage of our human story.  We are now developing a quantum understanding of reality, based on mathematical principles (and backed by discoveries in astronomy and molecular biology as well as other fields of natural science), to reflect and confirm what the greatest saints and sages…

Notice: all former postings stored on Asheville Sangha that carry the (C) traditional Copyright notice are now converted to the CCBY license.

Eight years ago today, November 7, 2004, I had my first grand mal seizure and was diagnosed with epilepsy.  Interestingly enough, it was on the day that John Kerry conceded the presidential election to George Bush.  Though I was not a fan of Kerry, at that time I was strongly opposed to Bush.  When I learned the news I was very upset and went into the kitchen to tell my wife, Shelby, the bad news.  The next thing I remember I was sitting on our stairs with paramedics looking up at me and…

BALANCE & HARMONY IN OUR HOUSE

Come to a full stop.

Bring your awareness and attention to your inner states of balance and harmony.

And, be honest with yourself.

What disturbances and conflicts are exacerbating your inner balance and harmony?

Once you identify these invasive thoughts and uncover their beliefs,

recognize that they are your guests.

Perhaps they have extended their stay?

It’s a huge house you…

Everything made of love

and everything made of fear

incubated and harbored in the human mind.

Ours is a journey of discernment,

of recognizing where love has gone astray

and escaped in the forms of anger,

Ours is both an inward journey,

As well as an outward journey.

We may try to cloister ourselves from the external…

Something that has become undeniable to me, is the presence of a sacredness that is infused within all people and all things. It is a sense of great beauty that fills my whole being with love. Ever s…

Something that has become undeniable to me, is the presence of a sacredness that is infused within all people and all things.

It is a sense of great beauty that fills my whole being with love. Ever since this sacredness made itself known to me, or any other words, ever since I realized I am this sacredness, or essence, or presence, a deep healing and restoration of true sanity began to take place.

Where do thoughts come from?  They seem to just appear out of the silence of our mind.  They come in the form of words predominantly, but also images.  No one else can hear them or see them, which makes them very private and personal.  For the most part they are purely unintentional and random, but we take this voice in the head to be the only authority on what’s true and what’s not.  Therefore, thoughts make up who we think we are and who we think the rest of the world is.