Immersion in the Flow

This is surrender
to the greatest Force.

No Longer Separate or Alone

Letting go of everything
held personal
and stepping into freedom

Reside in the embrace with your Beloved Anam Cara [1].
You have come home
No longer separate or alone

I used to believe that people actually became enlightened, and that the event was similar to someone winning the jackpot in a national lottery. Once the price had been won, the beneficiary would thereafter be guaranteed permanent bliss, infallibility and incorruptible goodness.
In my ignorance, I thought these people had obtained and owned something that made them special and totally different from me. This illusory idea reinforced in me the belief that enlightenment was virtually… Continue

Freedom to Manifest ... Whatever …

Finding peace within whatever is appearing and arising

Brings about the gradual under-mining of habits of Self-avoidance,
of Consciousness avoiding Reality.

Thus we remember to uncloak that which was /… Continue

I was recently communicating with a friend about a series of disappointments and how my obsession grew into a deep, thick soup of resentment, using that thickening agent “you done me wrong”. As I was communicating with him about this, I really took the time to listen to him and empathize with where he was coming from.

His coming from held a touch of sadism, grief, remorse, apology, courage, resentment, … – and after I took all this in, rather than… Continue

The human condition of constantly grasping or averting, moving towards or away from reward/pleasure/security or fear/pain/scarcity. We ping-pong between the polarities, the positively and negatively charged energies.

To slow down and rest in peace.
To show gratitude for the Abundance of what is.

Not residing in the shadow of fear
or cleverness of ego gratifications
We open up to a flowing of a Self
connected to Vastness,… Continue

For over two weeks I have been carrying around an ever-escalating story that a friend has been “doing me wrong”. I’ve built an entire waking dream around this story. I’ve amassed dozens of diary pages to document the story. I’ve been up and down the story, engaged, disengaged, disappointed, discouraged, angry, at peace, and seen this cycle stop and start back up again with another friend… Continue

A morning message to friends

I wrote this to a dear friend this morning, then realized it perhaps deserves much wider circulation

What a great ride
A great ride it is (being alive). I see some big hummer waves rollin in that we can catch and ride - together. We might even get tumbled around, scratched up, but what the heck - comes with having some wild abandon fun.

Has anyone lived in a Yurt?

I am entertaining buying and constructing a 30' diameter yurt (see http://coloradoyurt.proxy.calltoday.ws/yurts/yurt_101/index.php) as an example.

Anyone ever stayed in a yurt for a week or longer?
Would anyone considering living in one for a year or longer?

Thanks for any feedback!

Does anyone have an opinion on the quality of the content of this set of CDs by WEI Founder Andrew Cohen?

Lucid Quantum Dreaming With the Spirit of Dad

I was dreaming the other night.

I was on a deck, happily saluting and commending a group of fellow comrades. My dad’s name was called and I was doubly enthusiastic to greet and honor him. He did not appear, so I took the stairs down below and found him hard at work.

Ever since I discovered the idea of enlightenment a couple of years ago, I have felt compelled to find out as much as I could about it. I have been a researcher of sorts, taking in all of these things compiling them, sharing them with others, etc. My intellectual comprehension has continued to deepen, as has my experiential understanding. What I have found quite useful is reading certain things that resonate with me multiple times. I have found that I am not always present enough to hear what… Continue

I sit back, deep into the seat of my soul. I sit here because I know thru wisdom, the sheer futility of running away. There is no longer an option to run away or hide.

The Here & Now are my home. My task--to remain awake and aware and, when (not if) I stray, to return to this seat and humbly continue this life’s work: uncovering and cleaning the heart of the dust-from-neglect, now caked into mud, from the tears wept… Continue

The dilemma of pulling things up from below

Forward
I sent Steve an email describing a big chunk of deep fear that broke free from a Fearberg inside me. I was working to keep a balance on my journey and shared my experience with him. Below is Steve’s response, which he allowed me to republish. 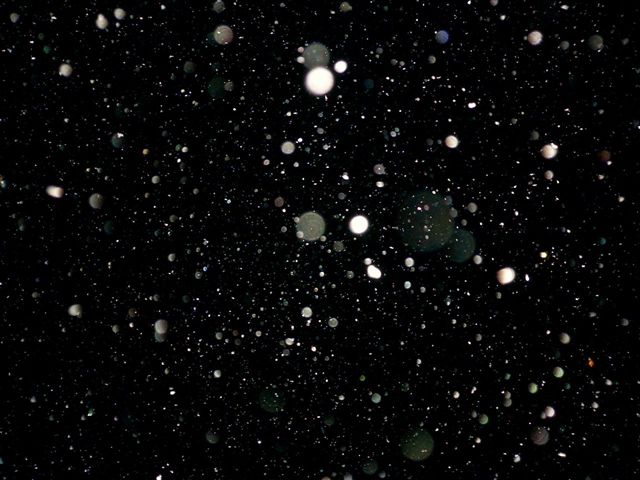 What are the contents of this photo?

A photo of snow falling from the sky?
A photo of stars in the Milky Way?

Our mind expands when we don’t have a fixed perspective, when we cannot judge because we cannot find a scale. We begin to imagine other possibilities.

Snow flakes are crystalline worlds
Like some butterflies or… Continue

And the Story Goes On

Hey guys,
I hope you are enjoying the cooler weather and the sky that gets larger as the leaves on trees disappear. I wanted to pass this along as an invitation to take some time for personal investigation. I almost called this one “That’s My Story and I’m Sticking to It” but opted for something a bit simpler.

Byron Katie likes to ask, “Who would you be without your story?” In fact, that’s the name of her newest book. Eckhart Tolle tells us that “You are not your story.” I… Continue

Surrendering is our natural state

We practice surrendering all the time. We don't need to be taught to surrender - We are adept at surrendering!

Most of us, however, have been surrendering to ideals that are impermanent, things that are forged and made from the mind of man.

Then, when we spend an hour or two each week,… Continue

Hello all,
I hope your new year is off to a great start and feel certain that this will be your year to shine. I wanted to pass this note on to those of you you might find it helpful in some way. Be well.

This could be considered a follow up to my previous post (And the Story Goes On), but I am beginning to fully realize, on an experiential level, the profound simplicity of the words, “Let everything be as it is.” This is something repeated by Eckhart Tolle and is also referred… Continue